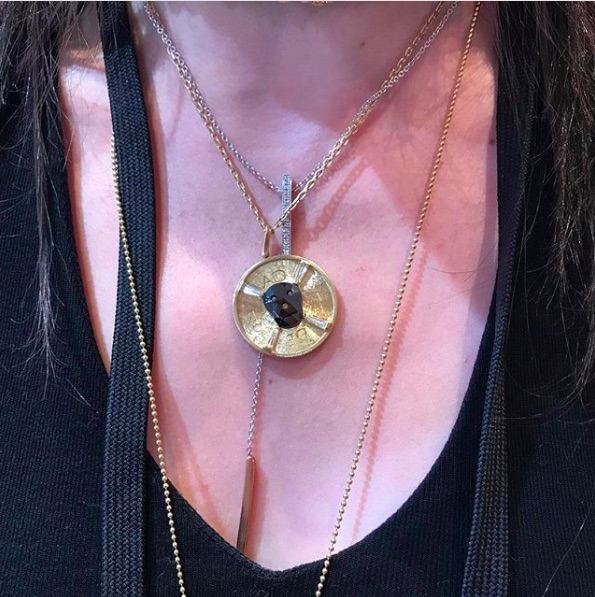 I wanted this pendant to feel like a recently unearthed artifact, so the 18K gold is visibly textured. The inscription — “Carpe Diem,” which is Latin for “seize the day” — has an antique look and, as you can see, it’s also in Leonardo da Vinci-style mirror writing, so that when you’re wearing this necklace, you can see the message when you look at your reflection.This pendant has been a long time in the making. I met the gem cutter in 2016 at the JCK Luxury jewelry show, where he was selling other nontraditionally cut diamonds. I took his card and, after a couple of months of consideration, asked if he could do a skull. One year later, this 3-carat skull was completed.

The four tapered baguettes around the skull were cut in 2015 by another gem dealer. I had planned to set the baguettes in a ring I made that year, but I changed my mind about the ring design and kept the stones for a future project. I decided to use them in this piece this January, which is when I shared a rough sketch on Instagram.

Interestingly enough, the timing for the completed necklace couldn’t have been more perfect. As I was putting the finishing touches on my pendant, National Jeweler published a story about medallions.